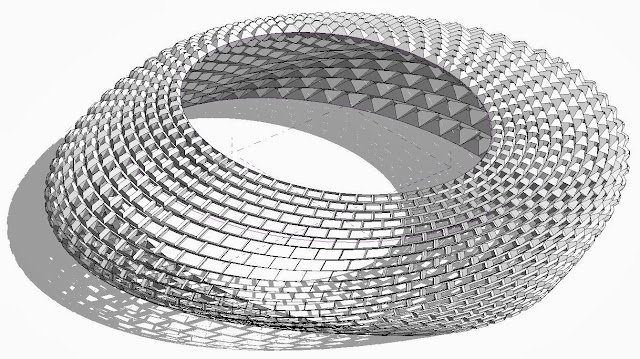 It has been an excessively busy autumn season for workshops.  In September, we rolled out a series of workshop curricula for Rhino, Grasshopper, and DIVA.  This October has been a non-stop Dynamo frenzy.  I have had the pleasure of delivering Dynamo workshops to groups at firms including NBBJ, RDG, AECOM, and Adrian Smith + Gordon Gill.  Finally, I capped off the month with a day long Dynamo workshop at Facades+ in Chicago!

So what were those Dynamo workshops all about?  I have had several blog posts in recent months about Dynamo and its potential to be a valuable and much needed addition to the Revit workflow.  Dynamo is still in the fledgling stages of maturity and is certainly far form reaching 'Grasshopper-status' in terms of being a pervasive tool.  But surely that wouldn't stop readers of this blog from trying it out...Right?  It sure hasn't stopped some of the world's top architecture and design firms from trying their hand at it...

...Interested in Dynamo?  Feel free to reach out to us...

The Dynamo workshops start with the basics and then build towards an architectural application.  The fact that Dynamo sits on top of the Revit application already adds several layers of complexity to the overall workflow that users need to be aware of.  For one, Dynamo can be used in conjunction with Revit projects... or Revit families.  We can also mix and match standard Revit modeling techniques with Dynamo in ways that you cannot do with a look like Grasshopper which is more linear in its relationship to its core platform.

The workshops then proceed into the geometric development of Revit elements inside of the massing environment.  During this phase, I walk participants through the opportunities for using Dynamo to develop geometric data and create conceptual forms.

Following the creation of geometry, the workshops then look at how Dynamo can be used to create and control Family elements such as adaptive components.  As part of this phase, the participants are also guided through basic Adaptive Component creation techniques.  We also made use of my custom XYZ Cells nodes available through the package manager.

After using Dynamo to create and place Revit elements, we then explored the use of Dynamo to manipulate Family instance parameters.  Given a paneling system, we created a simple point attractor relationship which was used to change an instance parameter for opening size.

Finally, the workshops addressed several opportunities for using Dynamo in the context of larger project workflows.  Dynamo has a set of Excel components which can read and write information using Excel worksheets.  The workshops used the excel nodes to parse pre-existing information and use the data to re-create complex structures originally derived in other programs, such as Grasshopper.